With the new instance picker live on instances.mastodon.xyz we are helping @thekinrar by creating a feedback thread for it here.

The picker is the second step to help new users find a home that suits them in the Mastoverse. (The first step is joinmastodon.org, which also directs them to instances.mastodon.xyz)

To have a look, at the instance picker, and the flow you can follow the link below.

Feedback can be submitted here, but you can also check the GitHub 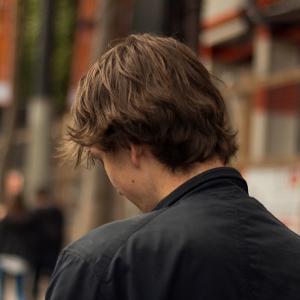 You can also contact @TheKinrar directly @mastodon.xyz , but it may be nice to have one collected place for feedback on improving this.

And if you want to support them for their efforts and contributions to the Mastodon ecology, you can find out more about how to on their Patreon page.

When we reach the list (after having made all our choices), I feel like it could benefit from shifting with two colours between each line (instance possibility), not only when we hover over it.

And some white space ontop of the block may make it feel little less cramped.

My bad, got mixed up with the presentation telling as private

I really like the wizard, but I wish it didn’t come with a worse instances list. It was really useful for me to quickly gauge the changes in the activity and popularity of different parts of the fediverse, and it was really easy to measure things like statuses per user and things like that.

That’s what it means.

Oh hm that’s weird. I thought I checked “denied” for a bunch of the first entries and then somehow got a list of pornography instances, but I guess it was just my mistake. Sorry.

I would still suggest fiddling with the wording a little bit — it took a while to parse “authorized” and “denied” as it seemed briefly that it could also mean “moderators have / don’t have the authority to moderate this kind of content”. Perhaps “allowed” and “banned” might be clearer?

Im guessing Mastodon instances only shows a certain amount at a time to reduce server load. A search feature would be nice.

It took me quite a while to find out where / how to give feedback on instances.mastodon.xyz (eg, to find that github url). This concerns me, given that the site is essentially core Mastodon infrastructure now. So I have two opinions

That second point would clearly have a lot of ownership / maintenance implications, though.

I agree with the first point but not with the second.
The instances list is in no way affiliated with the team behind Mastodon.

I think that this is a valid point.

We want to be able to decentralize, and allow people to work on their own volition. In a lot of cases having it as their own project is worth while.

One of the reasons why joinmastodon.org is currently pointing at instances.mastodon.xyz is because we (other people than thekinrar) have not been able to make a instance picker go live on our own.

If we find that instances.mastodon.xyz does not fill the needs we (mastodon project/joinmastodon) want filled, we can fork, as we have been allowed to reuse the code.

But right now, it is very good that it’s someone else’s project. Mainly because we wouldn’t want to be a bottleneck with development, more than we already are.

Yes, the ability to sort instances was better before… an instance with a too low connection count is usually very silent. Instances with a good connection count should be premiered as it might lead to more people staying. We don’t want people to join and then leave with the feeling that Mastodon is dead. It is bad marketing.

This is a super cool tool, and I’m sure would be helpful to new people, thanks for putting it together @thekinrar!

I wonder what it would take to add some sort of “tagging” to instances so that you could actually search by interests as well? Is that already talked about?

There are already topics, and they should be extended to tags soon, yes.

FWIW, I think that the tagging about what instances allow what things may not actually be up-to-date, or default to ‘allowed’ in cases that (unfortunately) misrepresent some instances.

awoo.space, frex, came up when I searched for instances that allow hate speech, yet (from awoo’s own about/more):

The following types of content are explicitly disallowed and will result in revocation of access to the service:

(I believe I saw other examples but didn’t look into those further, just this one for the moment.)

Is the instance picker’s filtering generally functional now?
I suspect it’s broken. When you choose Hebrew as your language you don’t get relevant results (basically just tooot.im), for example.

In the “Moderation rules” part, what is the point of making possible to choose instances that allow “sexism, racism, links to illegal content, spam, hate speeches, harassment”?

I mean, I think it make sense to provide a tool that makes easier the search of instances that forbid these things, but providing a tool for instances that promotes harassment or sexism seems weird to me.

Why is this great instance picker wizard not on joinmastodon.org anymore? Now there is only a long list of instances, without any useful information for new people.